Skip to content
October 31, 2020
Who had more money, John D. Rockefeller or Genghis Khan? This is an interesting question because of the philosophical question it raises for us to consider: How exactly does one measure wealth? Is wealth measured solely in how much money you have? If so, that is highly problematic, because money does not actually have a fixed value. Here is our list…
10. Mansa Musa Lived: 1280-1337
Country: Mali
Wealth: Richer than anyone could describe

Mansa Musa, the king of Timbuktu, is often referred to as the wealthiest person in history. According to Ferrum College history professor Richard Smith, Musa’s west African kingdom was likely the largest producer of gold in the world—at a time which gold was in especially high demand.Just how rich was Musa? There’s really no way to put an accurate number on his wealth. Records are scarce, if non-existent, and contemporary sources describe the king’s riches in terms that are impossible for the time.

Some tales of his famous pilgrimage to Mecca—during which Musa’s spending was so lavish that it caused a currency crisis in Egypt—mention dozens of camels each carrying hundreds of pounds of gold. (Smith says one year of Malian gold production probably generated about a ton.) Others said Musa’s army consisted of 200,000 men, including 40,000 archers—troop numbers even modern superpowers would have a difficult time bringing to the field.

But to get caught up in the king’s exact wealth is to miss the point. As Rudolph Ware, an associate professor of history at the University of Michigan, explains, Musa’s riches were so immense that people struggled to describe them.

“This is the richest guy anyone has ever seen, that’s the point,” says Ware. “They’re trying to find words to explain that. There are pictures of him holding a scepter of gold on a throne of gold holding a cup of gold with a golden crown on his head. Imagine as much gold as you think a human being could possess and double it, that’s what all the accounts are trying to communicate.”
When no one can even comprehend your wealth, that means you’re pretty darned rich. Not only was Augustus Caesar in charge of an empire that accounted for 25% to 30% of the world’s economic output, but according to Stanford history professor Ian Morris, Augustus at one point held personal wealth equivalent to one-fifth of his empire’s economy. That fortune would be the equivalent of about $4.6 trillion in 2019. “For a while,” Morris adds, Augustus “personally owned all of Egypt.” That’s hard to top. China’s Song Dynasty (960 – 1279) was one of the most economically powerful empires of all time. According to Prof. Ronald A. Edwards, a Chinese economic historian of the Song Dynasty at Tamkang University, the nation accounted forbetween 25% and 30% of the world’s economic output during its peak.

The empire’s wealth came from both its technological innovations and extreme skill at tax collection, which Edwards says was hundreds of years ahead of European governments. The professor also noted the Song Dynasty’s government was highly centralized, meaning the emperor held enormous control over the economy. 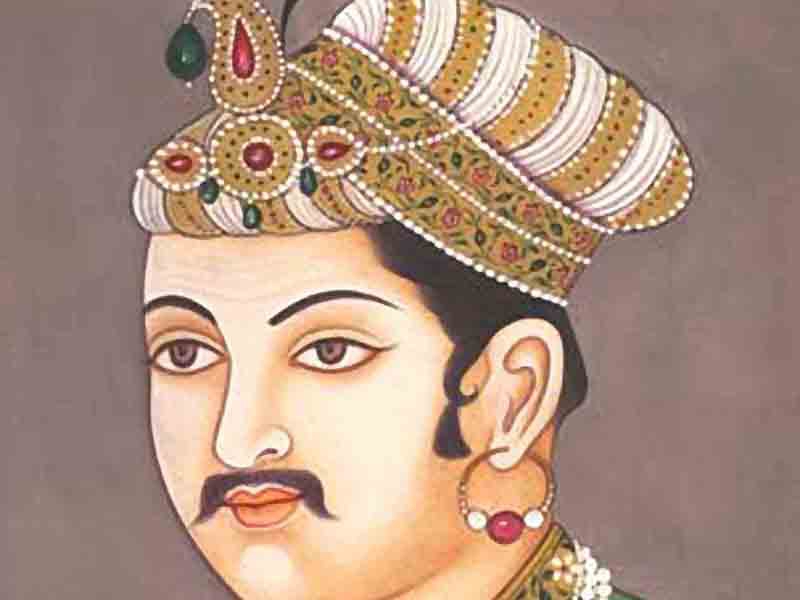 The greatest emperor of India’s Mughal dynasty, Akbar controlled an empire that accounted for about one-fourth of global economic output. Fortune’s Chris Matthews cites the late economic historian Angus Maddison, who speculates India’s GDP per capita under Akbar was comparable to Elizabethan England, but with “a ruling class whose extravagant lifestyle surpassed that of the European society.”

That assertion that India’s elite class was wealthier than their counterparts to the west is backed up by data from economist Branko Milanovic, whoseresearch shows the Mughal Dynasty was one of the most effective empires of all time at extracting wealth from the population. 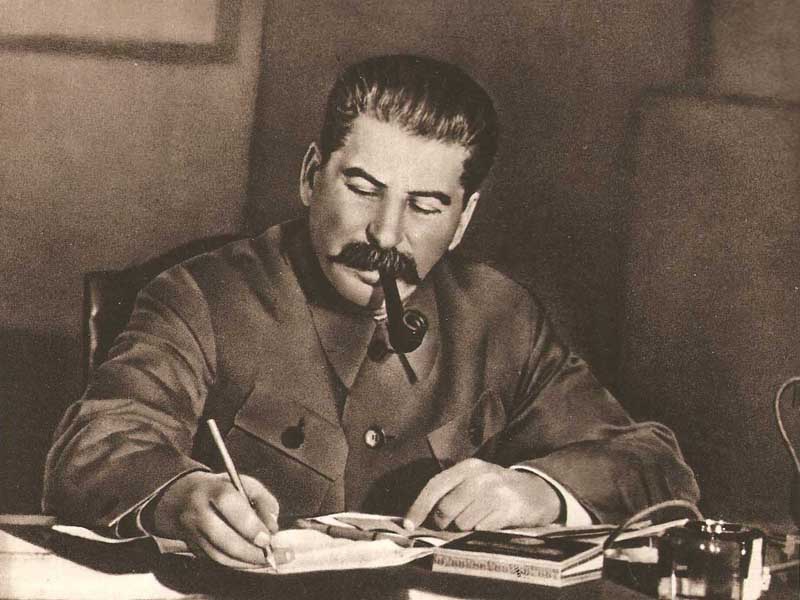 Stalin is an uncommon figure in modern economic history: a dictator with absolute power who also controlled one of the largest economies in the world. While it is virtually impossible to separate Stalin’s wealth from the wealth of the Soviet Union, his unique combination of economic might and complete control of the USSR lead multiple economists to nominate him as one of the richest people of all time.

You can easily see their logic. Data from the OECD shows that in 1950, three years before Stalin’s death, the USSR made up roughly 9.5% of global economic output. As of 2019, that level of production would be equivalent to nearly $7.5 trillion dollars.

While that money didn’t belong directly to Stalin, he had the ability to leverage Soviet economic might for any reason he chose.

“He had enormous power, and through his power he could have anything he wanted,” says George O. Liber, a professor of history at the University of Alabama at Birmingham. “He controlled 1/6th of the land surface of the planet without any checks or balances.”

Does that make Stalin rich in the traditional sense? Liber isn’t so sure. “Was he among the wealthiest men?” the professor wonders. “I suppose if you want to stretch the definition of wealth, but it was not his wealth. He controlled the wealth of the country.”

Even so, it’s hard not to include Stalin on a list of the most economically powerful people in history. His wealth might be uncertain, but there’s no question the premier’s personal economic influence is unrivaled in recent history. 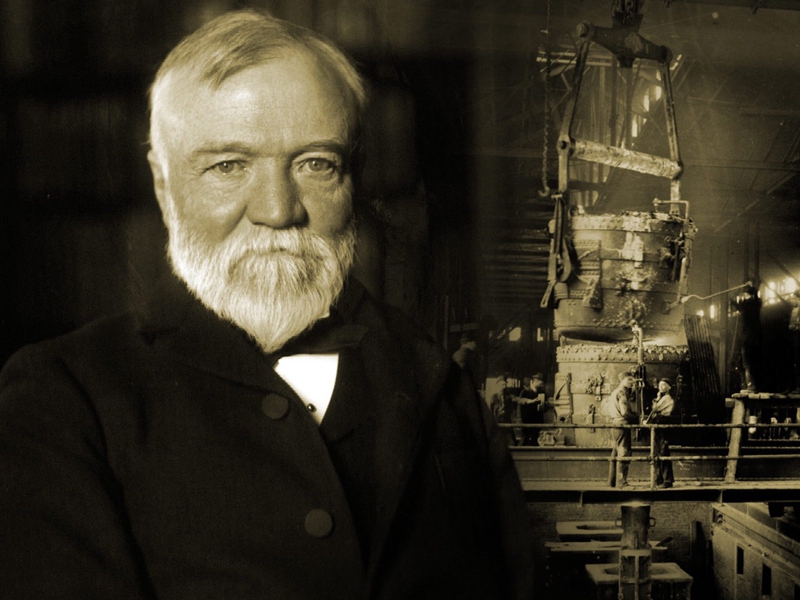 Rockefeller gets all the press, but Andrew Carnegie may be the richest American of all time. The Scottish immigrant sold his company, U.S. Steel, to J.P. Morgan for $480 million in 1901. That sum equates to about slightly over 2.1% of U.S. GDP at the time, giving Carnegie economic power equivalent to $372 billion in 2019. Rockefeller began investing in the petroleum industry in 1863 and by 1880 his Standard Oil company controlled 90% of American oil production.

According to his New York Times obituary, Rockefeller was valued at about $1.5 billion based on a 1918 federal income tax return and estimates of his overall fortune—the equivalent of almost 2% of U.S. economic output that year according to data compiled by MeasuringWorth (the U.S. did not keep official records on national income until 1932).

The same economic share in 2019 would be equivalent to $341 billion. The nephew of William the Conqueror, Rufus joined his uncle in the Norman conquest. He died with £11,000, according to Philip Beresford and Bill Rubinstein, authors of The Richest of the Rich, which they say amounted to 7% of England’s GDP at the time. That would amount to $194 billion in 2018 dollars. 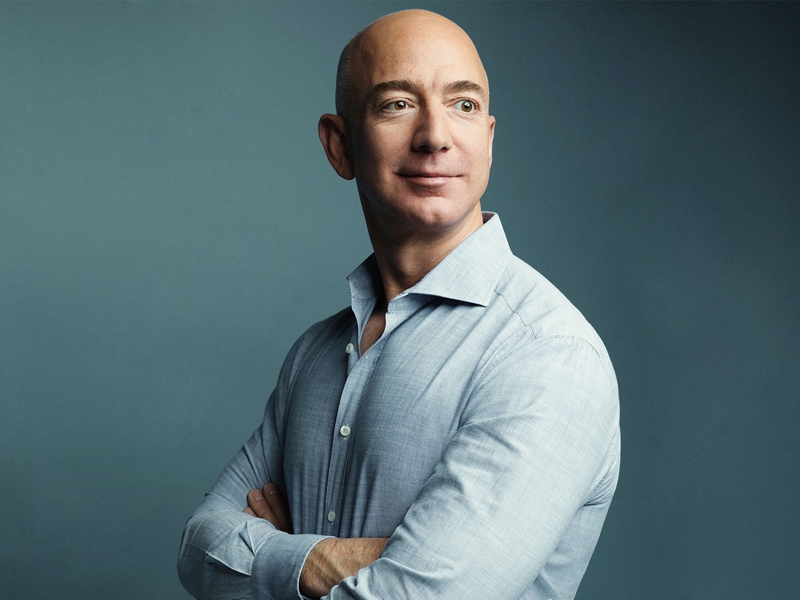 Bezos’s wealth surpassed $100 billion for the first time on November 24, 2017, and he was formally designated the wealthiest person in the world by Forbes on March 6, 2018, with a net worth of $112 billion. The first centi-billionaire on the Forbes wealth index, he was named the “richest man in modern history” after his net worth increased to $150 billion in July 2018 Lived: 1162-1227
Country: Mongolian Empire
Wealth: Lots and lots of land, not much else

Genghis Khan is undoubtedly one of the most successful military leaders of all time. As leader of the Mongol Empire, which at its height stretched from China to Europe, he controlled the largest contiguous empire in history. However, despite his great power, scholars say Genghis never hoarded his wealth. On the contrary, the Khan’s generosity was key to his influence.

“One of the basis of his success is sharing the spoils with his soldiers and other commanders,” says Morris Rossabi, a distinguished professor of history at CUNY’s Queens College.

Jack Weatherford, author of Genghis Khan and the Making of the Modern World, explains that Mongol soldiers, unlike many pre-modern armies, were banned from taking personal loot. After an area was conquered, every item taken was inventoried by official clerks and then later distributed amongst the military and their families.

Genghis still received a share of the spoils, but that hardly made him rich. “He built no palace for himself or family, no temple, no tomb, and not even a house,” says Weatherford. “He was born in a wool ger [yurt] and he died in a wool ger. At death he was wrapped in felt, like any common person, and then buried. ”

10 Richest Investors in the World

The World’s Most Powerful People

The 25 Most Influential People of All Time

10 Richest Investors in the World

The World’s Most Powerful People

The 25 Most Influential People of All Time

Most Expensive Building of all Time